Anexsys sponsor Women in The Law and Business Event in Manchester

WOMEN IN THE LAW AND BUSINESS UK, HAVE ANOTHER RESOUNDING SUCCESS WITH THEIR “BOLD FOR CHANGE” MESSAGE ON DIVERSITY, DELIVERED FROM PRESIDENT OF THE SUPREME COURT IN MANCHESTER 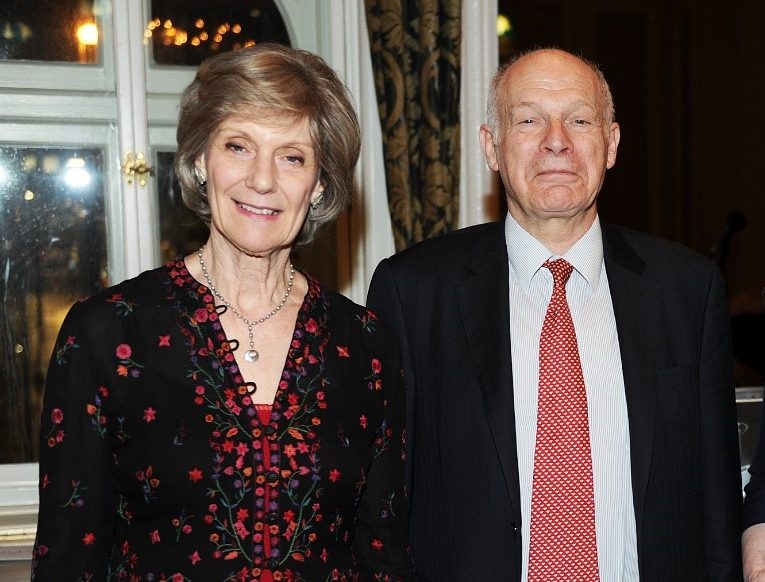 Women in The Law and Business UK impress yet again with their first event of the year. The Rt. Hon Lord Neuberger, President of the Supreme Court and Angela Holdsworth, Lady Neuberger, both acted as guest speakers during the event. Rt. Hon Lord Neuberger’s resolute message on acting “bold for change” on diversity was met with resounding applause. The sell-out event hosted guests from the Judiciary, the Bar, as well as Solicitors and Legal Academics. The event took place on Thursday 16th March 2017 at the Midland Hotel, with some calling it “the hottest ticket in town”! Attendees included; The Recorder of Manchester, HHJ D Stockdale, Mrs Justice Geraldine Andrews, HHJ Henandez, HHJ Manley, HHJ Goddard QC, HHJ Nicholls (first female judge in crime at Liverpool CC), HHJ Lesley Newton (Resident Family Judge for Manchester), Sir Mark Hedley (retired High Court Judge). Some of the solicitors in attendance included: Ros Bever of Irwin Mitchell, Melanie McGuirk of Panonne and Charlotte Percy of Slater and Gordon Lawyers.  Other special guests included Marnie Millard (Managing Director of Vimto), Karen Campbell-Williams (Partner of Grant Thornton), as well as other various members within both Commerce and Arts industries.

Women in the Law and Business UK was established back in 2012, and has since then had an impressive list of guest speakers. Some of which include; Lady Hale of Richmond (Deputy President of the Supreme Court), Mrs Justice Cox, DBE (President of AWB), and Lady Justice Hallett, DBE (Vice President of the Court of Appeal). Their events are open to members of the judiciary, the Bar Solicitors, in house Counsel and academics in the Law.

Sally Penni, practicing Barrister of Kenworthy’s Chambers, acted as the evening’s host. During the honorary guest speaker’s speech Rt. Hon Lord Neuberger spoke about the importance of diversity within the Judiciary, which was then followed by an informative Q and A from the audience. This touched on topics such as the next steps that needed to be taken to ensure this bold change ensued. The over-arching message throughout the event was to be “bold for change” on diversity, which happens to coincide with the recent celebration of International Women’s Day a week prior.

The music was provided by Manchester’s very own Inspirational Voices, Songs of Praise - Choir of the Year 2016, a community gospel choir which included both Nigel Poole QC of Kings chambers (MLA 2016 Barrister of the year Finalist) and Wayne Ellington (Choir Founder and Director).

The evening was concluded with a raffle, with prizes donated by Paula Jamehia from PIB Insurance, Investec Wealth and Investment, The Botanist, Slater and Gordon Lawyers, Contact Theatre, Royal Exchange Theatre, Esther Pet Photography and Evidential 3D modelling. Prizes included; a golf lesson, Jo Malone beauty products and candles, a Slattery chocolate hamper plus much more. The total money raised by the event was £1068 which will be donated to; Breast Cancer prevent, Royal Free Hospital and RMCH. 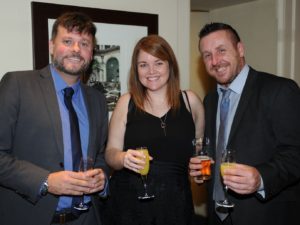 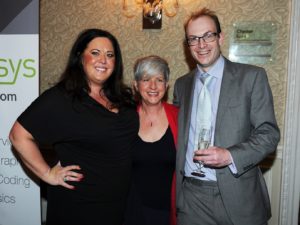 Sam Hillas of the Supreme Court, Alison Barnet of Blackstones Solicitors, and Sam Kendrick from Anexsys 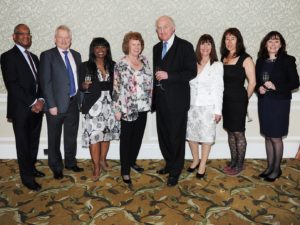 Women in The Law Guests and Sponsors

To find out more about or join Women in the Law UK and find out about their upcoming CPD events please email womeninthelaw2012@gmail.com